A collection of Steve Schapiro's photographs of the late artist have been collected in a new book, "Bowie"

When photographer Steve Schapiro was first invited to photograph David Bowie one afternoon in 1974, he had no idea that he would go onto shoot not only some of the most iconic images of David Bowie, but in rock history.

The musician showed up at 4pm, Schapiro recalls, and the two men worked until dawn. “From the moment Bowie arrived, we seemed to hit it off. Incredibly intelligent, calm, and filled with ideas,” Schapiro says.

Bowie came prepared with several costumes, testing out new personas for the camera. “He talked a lot about Aleister Crowley, whose esoteric writings he was heavily into at the time,”

“When David heard that I had photographed Buster Keaton, one of his greatest heroes, we instantly became friends.”

Schapiro captured him as a kabbalah-scribbling soothsayer, an image that would later appear on the back cover of Station to Station. Other Schapiro photographs went on to appear on the album ‘Low’, as well as on the cover of People. Schapiro continues.

“He borrowed a shirt — a sort of blue cropped-neck shirt — from one of my assistants and went into the dressing room, and then he painted those diagonal white stripes on all his clothes — on the shirt and his pants, and he actually painted his toes white also. And then he proceeded to come out, and we had set up background paper. He started to draw circles on the wall and a question mark, and then finally he drew on the paper on the floor the diagram for the Kabbalah’s tree of life, which did not know as much about at that point. So there was a very spiritual reason for the start of this shoot, in his mind. He had brought a lot of outfits with him, but this was something he’d basically created there. And of course this is the outfit that’s shown up again in the ‘Lazarus’ video.”

But many of the images were never published—until now. Schapiro’s photographs of the late artist, taken that night and over the course of their friendship, have been collected in a new book, David Bowie: Photographs by Steve Schapiro

, published by PowerHouse Books. A selection can be found below. David Bowie poses on a motorcycle David Bowie photographed by Steve Schapiro in Los Angeles in 1975 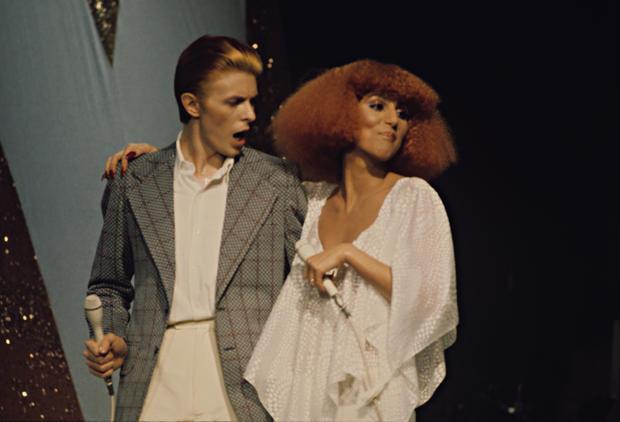 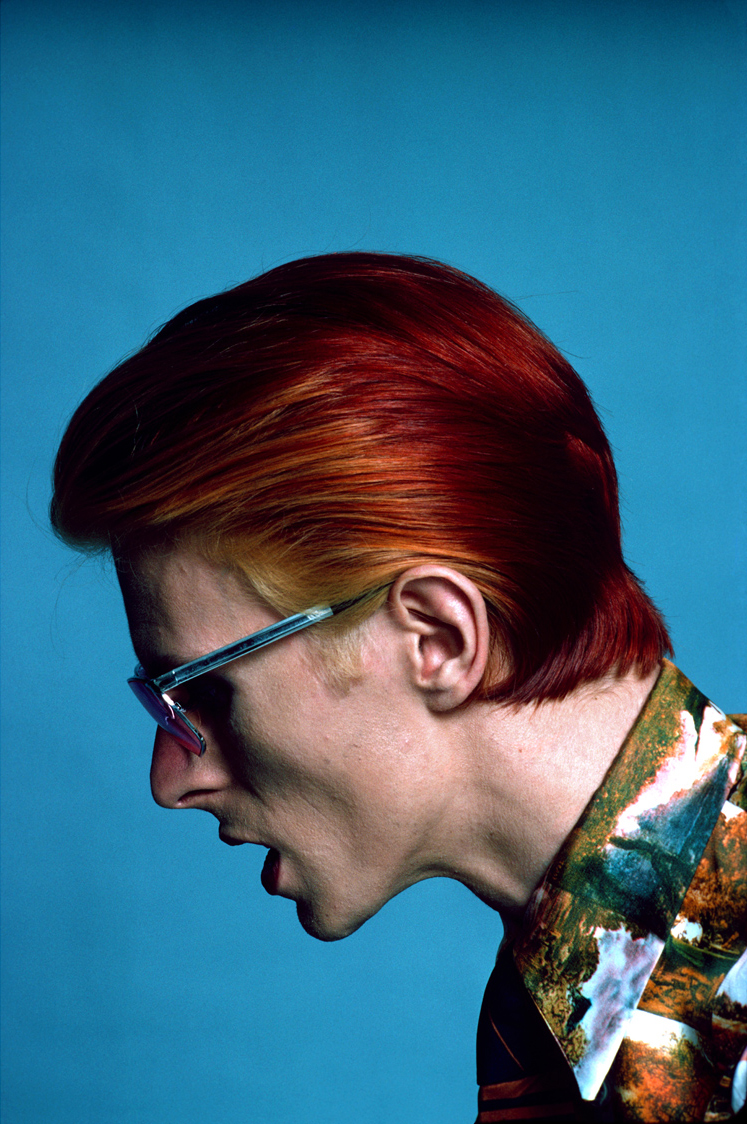 A photo of Bowie from a 1974 Los Angeles photo shoot “David took me by surprise when he came out in the red and white striped outfit during this 1974 photo shoot,” Schapiro said. “It was different from what we expected he would be wearing.” An image from a People Magazine shoot. “We took portraits against a putrid green background,” Schapiro said David Bowie relaxing at his home in Los Angeles in 1975