A new exhibition of photographs by Masayoshi Sukita of David Bowie and Iggy Pop by has just opened at Snap Galleries in Leamington Spa.

They were taken in 1977 during a trip to Japan to promote Iggy Pop’s Bowie-produced album The Idiot, which had just been released.

Masayoshi Sukita, who by then had been working with David Bowie for almost five years, photographed Bowie and Pop at the airport, at press conferences and in their hotel rooms.

During the trip, Masayoshi Sukita also arranged an impromptu shoot at a rented studio in Harajuku, Tokyo, which he had borrowed at very short notice from a photographer friend. There was no time for planning. The date is not known for certain, but it was towards the end of April 1977. The studio was very small—usually it was the setting for close up product shoots—and the two artists took it in turns to sit at the table. Bowie went first, followed by Iggy. Bowie tried on a number of leather jackets during the session, while Iggy Pop wore a white shirt and a very conventional sports jacket. The session was finished within two hours, and at that point, nobody knew that one of the images from that session would appear on the cover of “Heroes”. That decision came later.

Masayoshi Sukita explains: “Rather than sending everything from a shoot, I always selected photographs by myself first, and David understood and respected that this was ‘my way’. So after they left Japan, I selected and printed around ten or so photographs that I liked. I sent them to David. Months later, he asked me if I was happy if one of them was used for cover of his upcoming album. It so happened that the one which both I and David liked the most was used as the “Heroes” album cover image.”

“I think they found something in each other that they didn’t have themselves. David found wildness in Iggy, Iggy found intelligence in David. It always seemed to me that this was the reason they worked very well with each other. They always looked like they had a great relationship.”

Photos of Bowie by Masayoshi Sukita

The exhibition includes a very special large format version of Masayoshi Sukita’s twelve frame contact sheet featuring that iconic cover image, and can be viewed along with other photographs from the exhibition by clicking on the below: 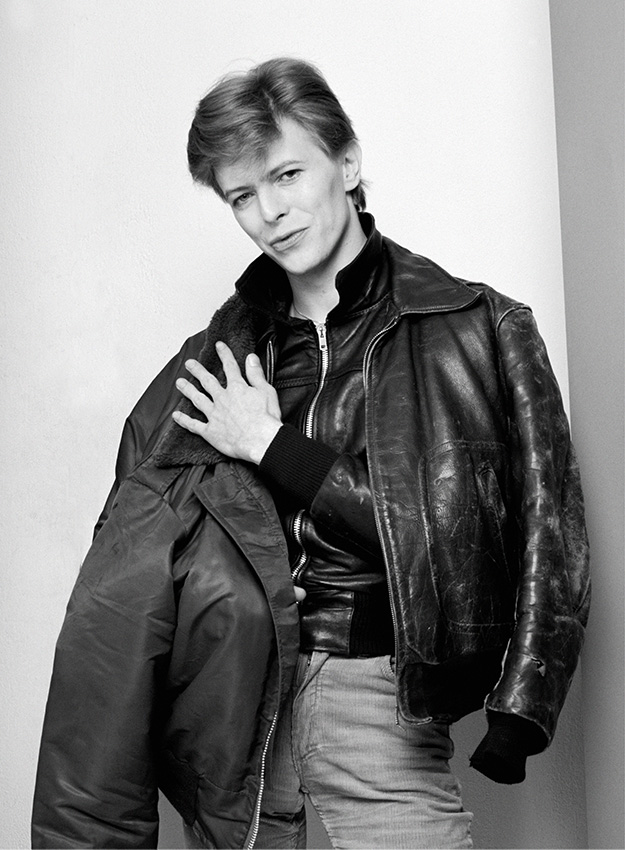 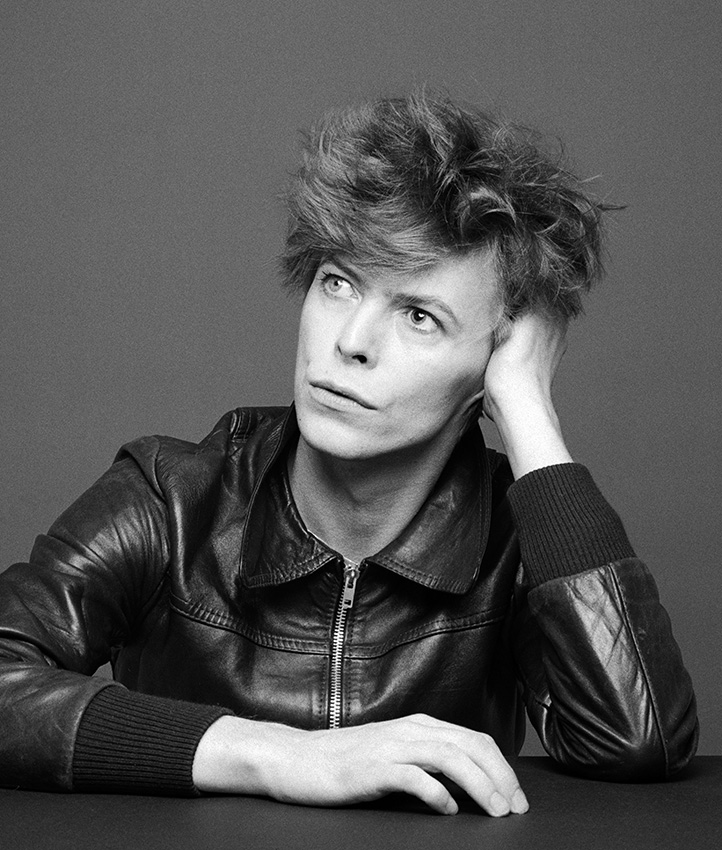 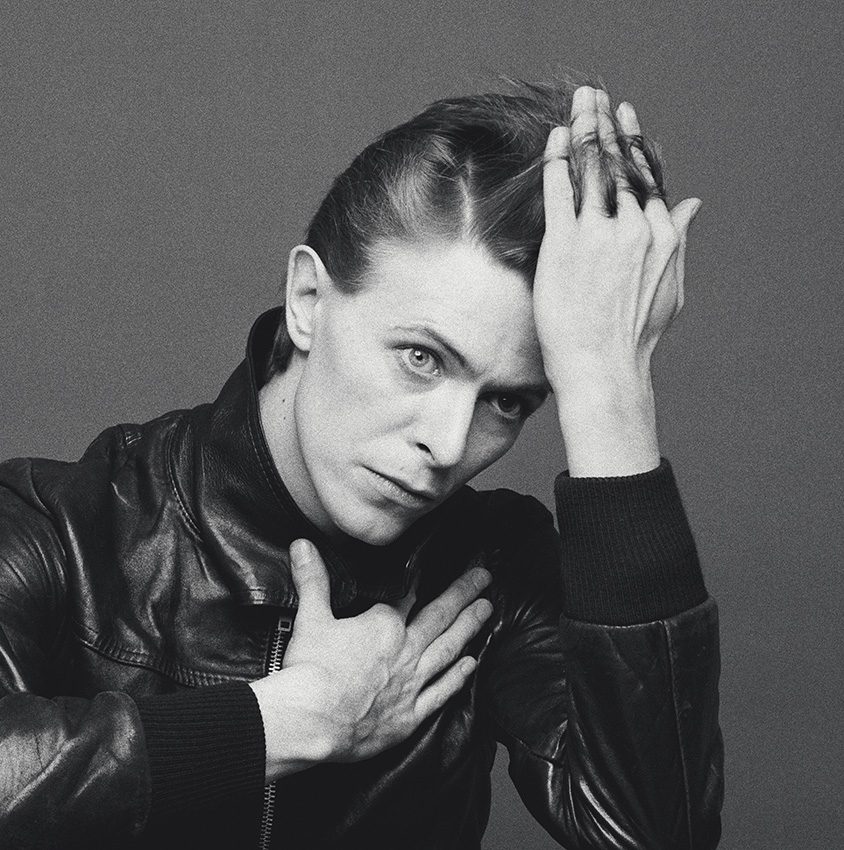 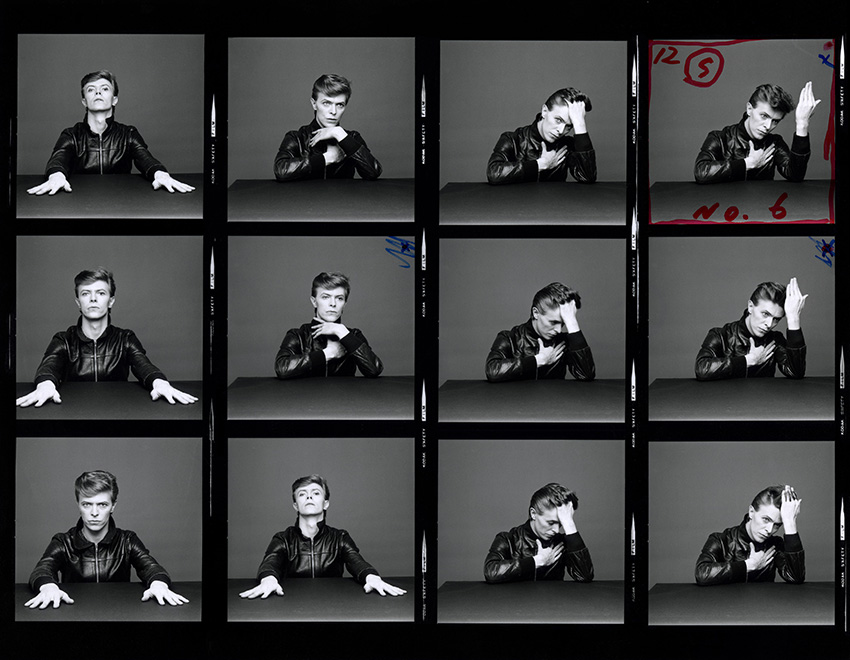 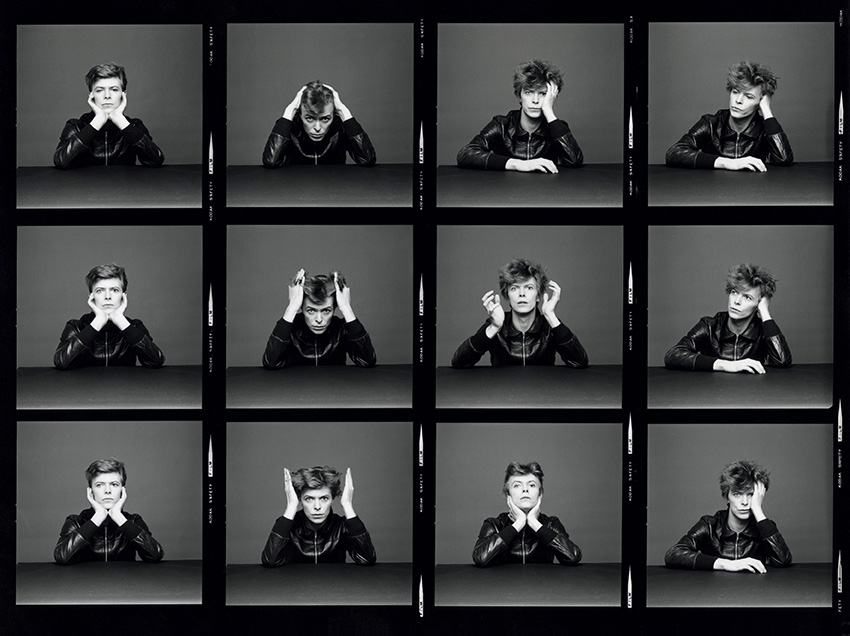 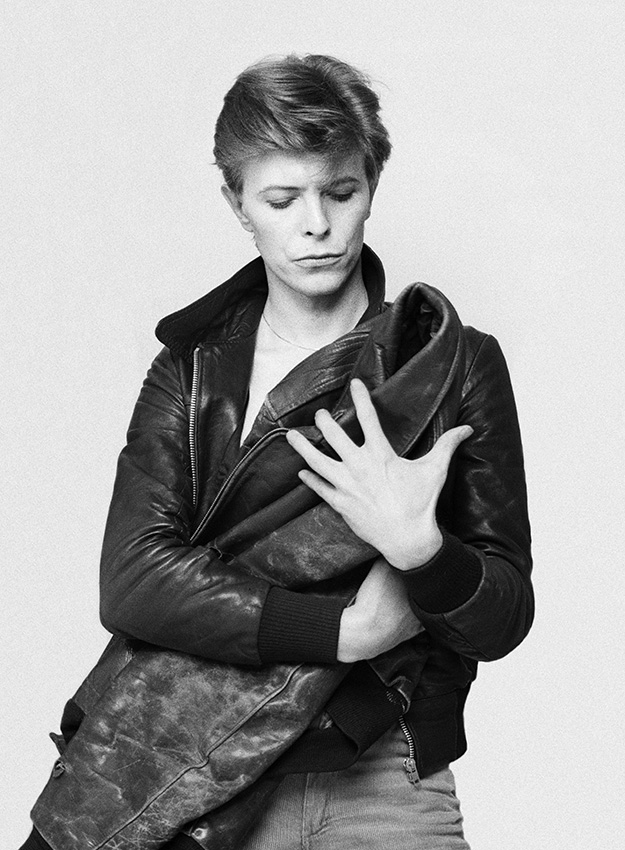 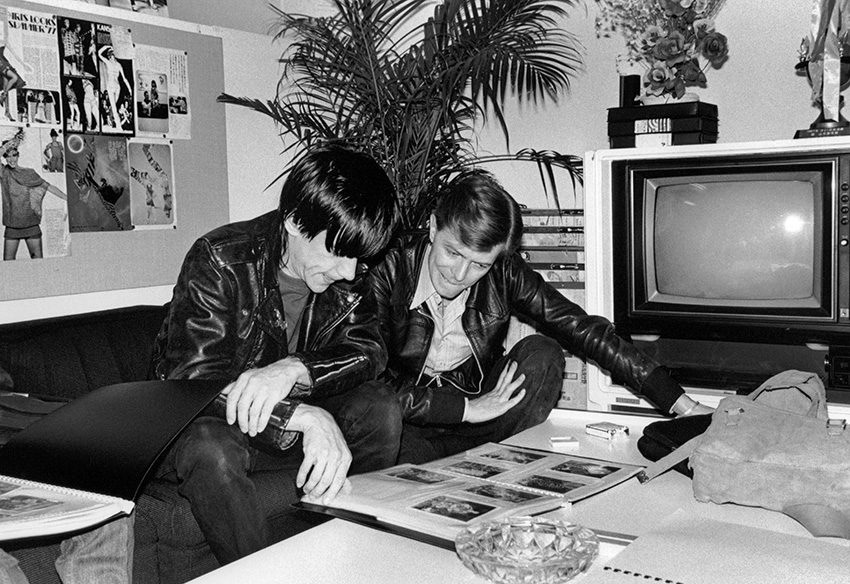 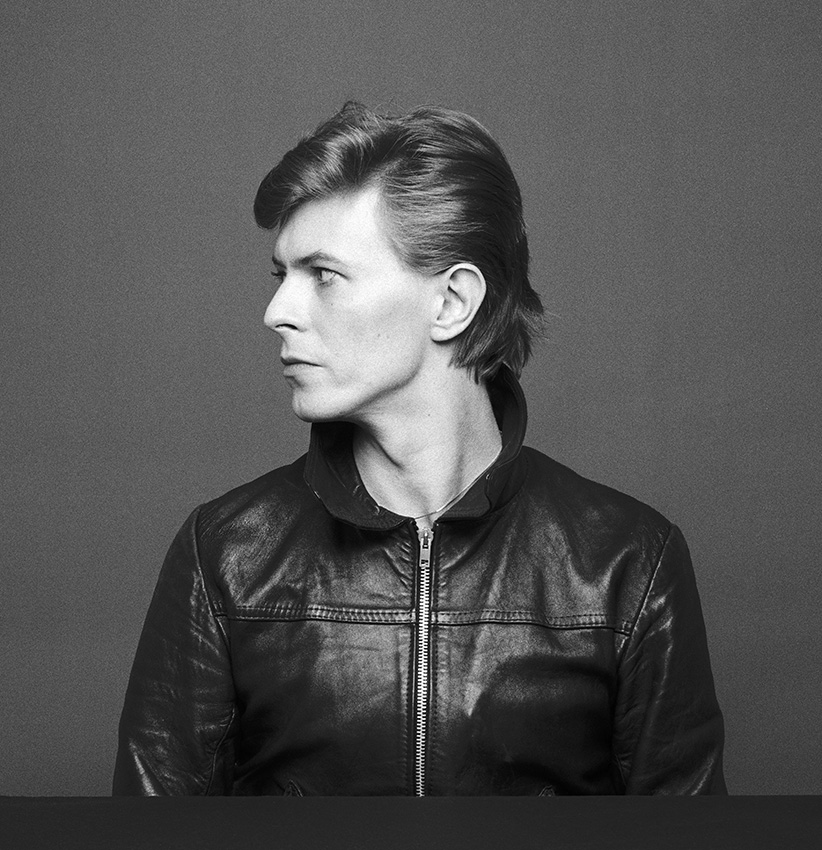 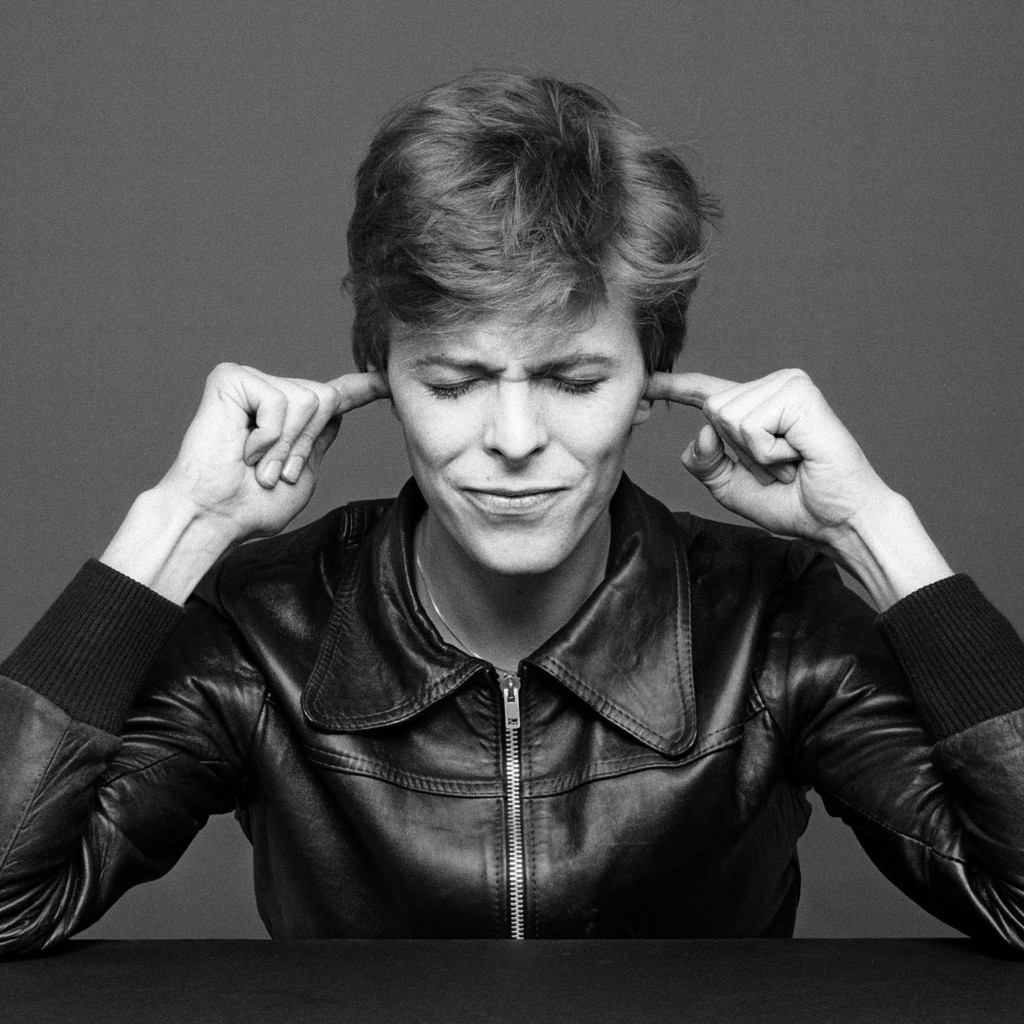 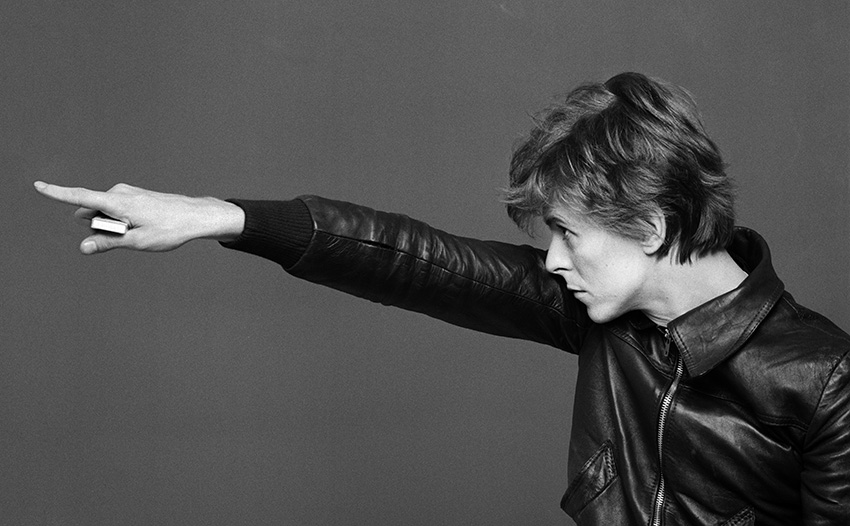 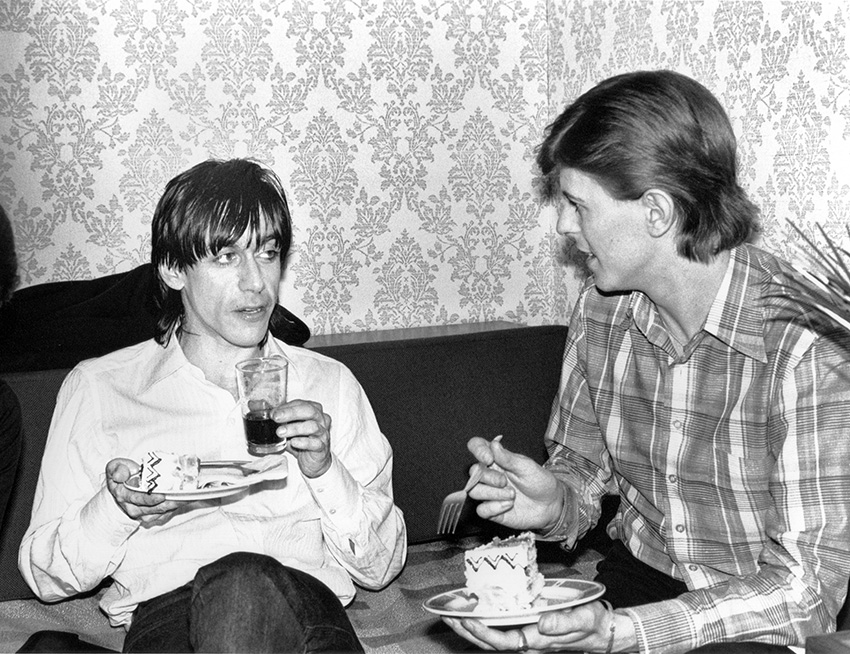 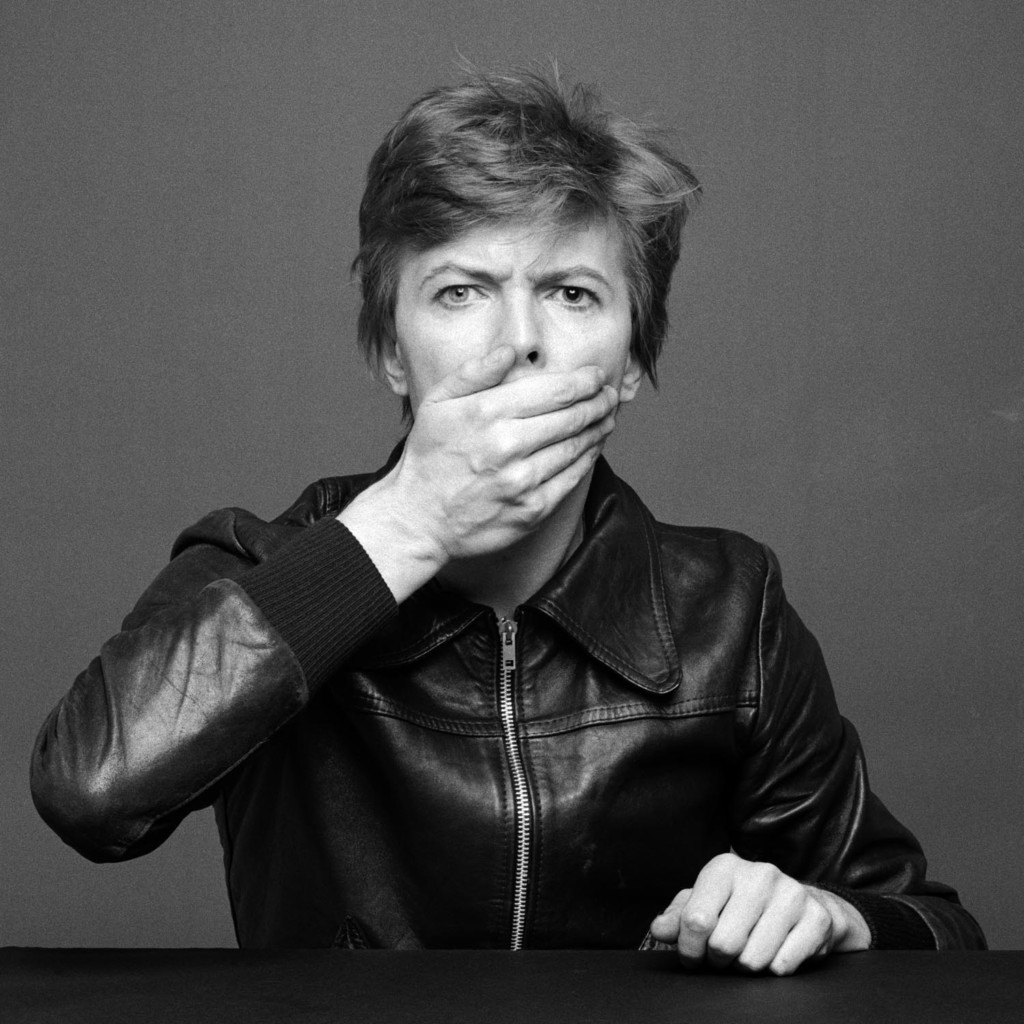 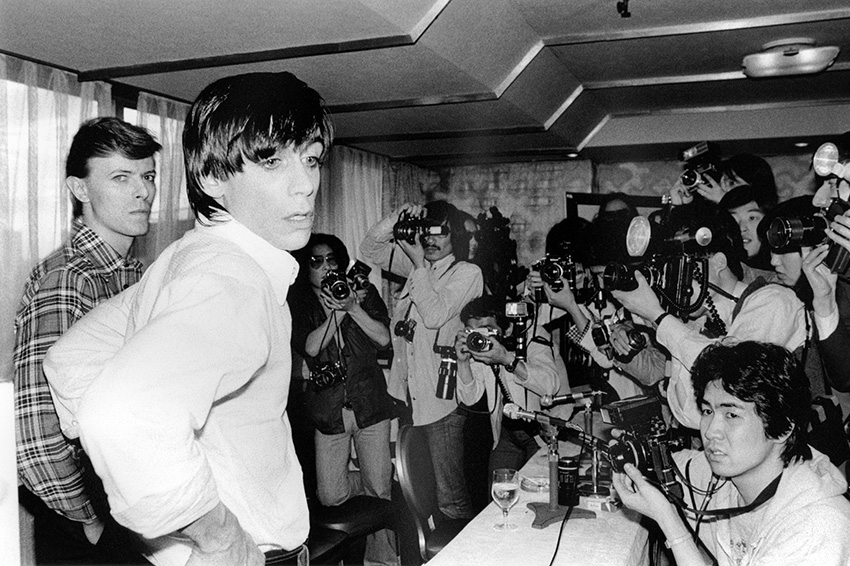 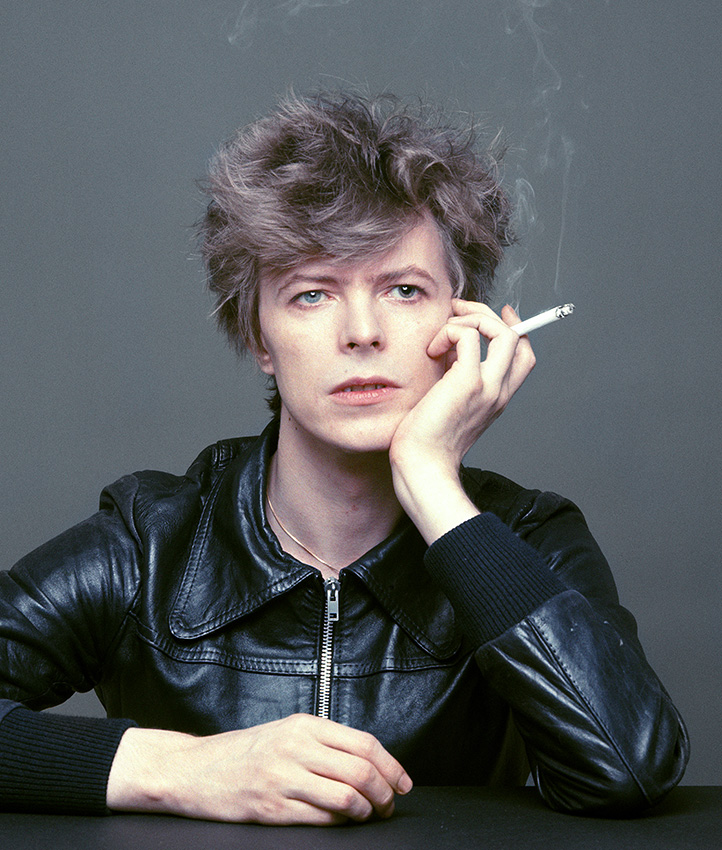 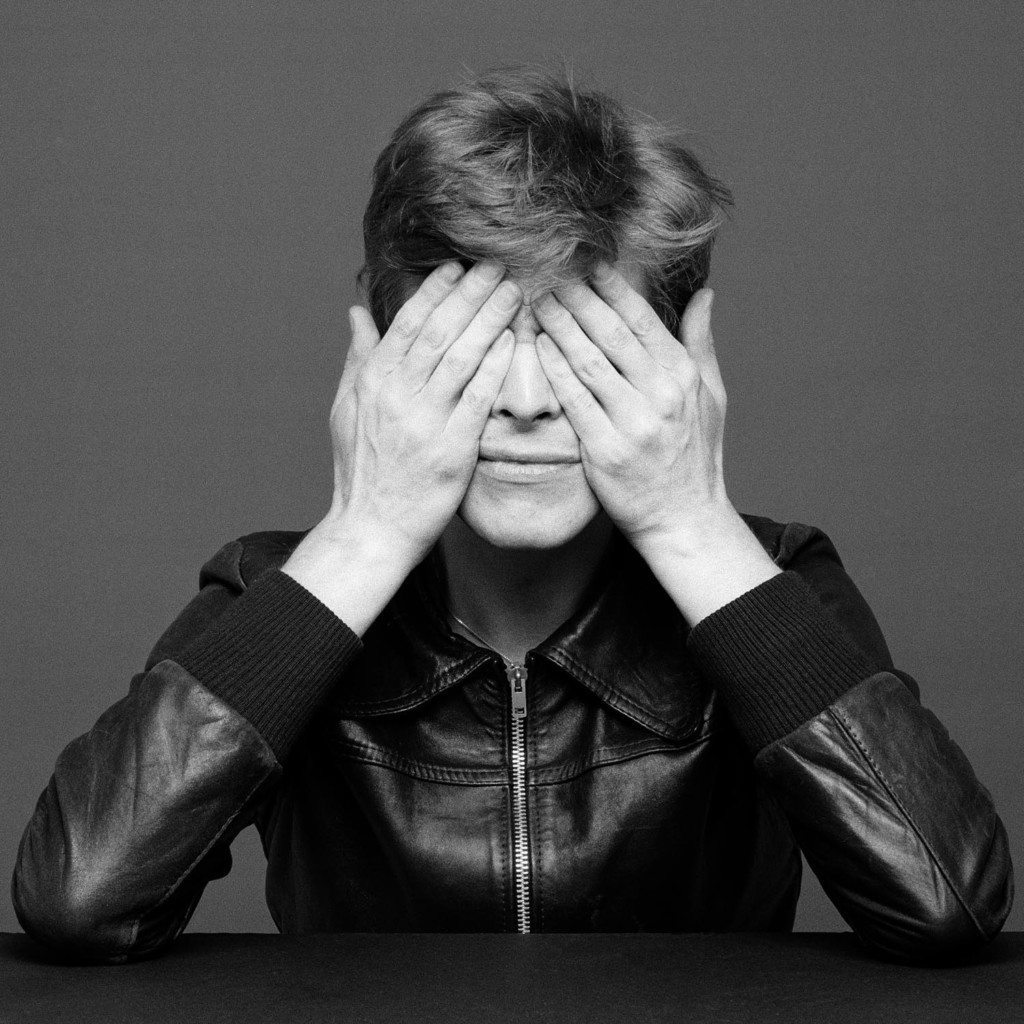 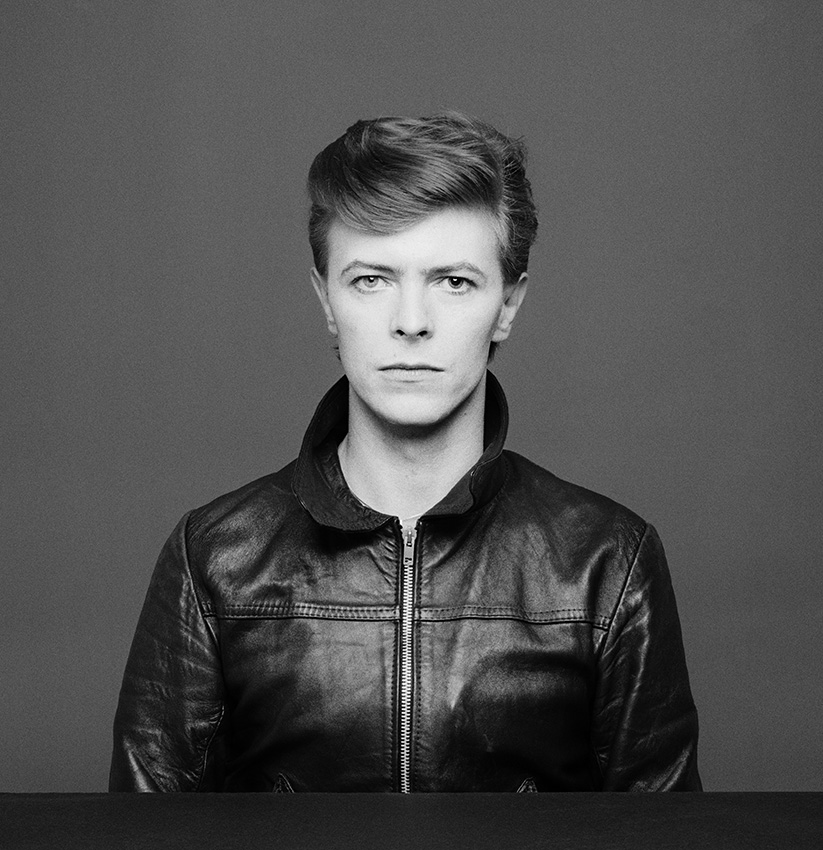 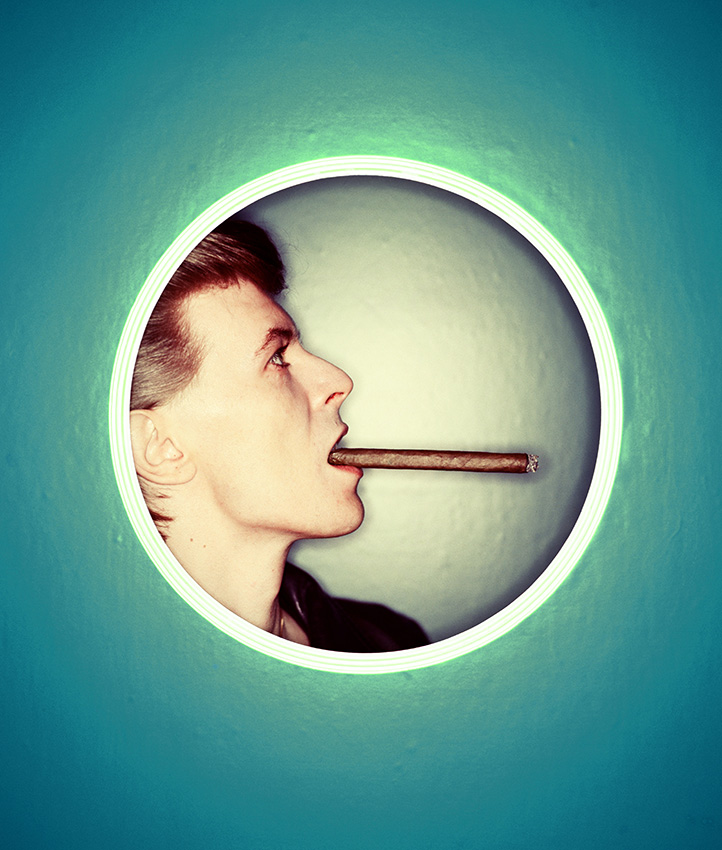 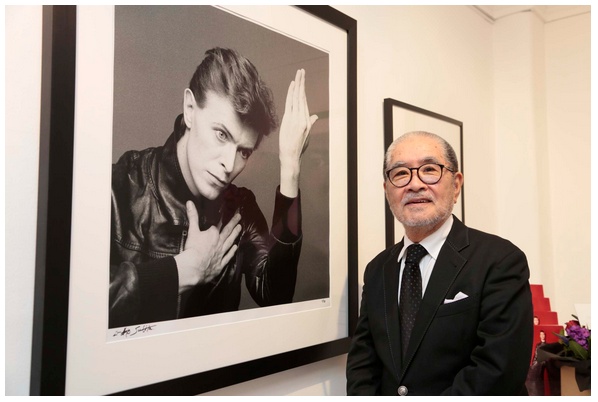 Masayoshi Sukita was born in a small coal-mining town in the north region of Kyushu, Japan, in 1938. His father was killed on the front line in China during World War II. Though he died when he was just seven, Sukita has vivid memories of his father taking photographs. When he was a child, Sukita’s uncle would take him on trips to the cinema, something that would influence him throughout his life. In his teens, Sukita would cycle 100km to see imported American films. Sukita was most inspired by films starring Marlon Brando and James Dean, and those in which he encountered rock ’n’ roll. He credits film and music for teaching him expression in his photography.

After graduating high school, and a further two years at photography school, Sukita assisted an established photographer and entered the photographic division of an advertising agency in Osaka. Then in 1965 he moved to Tokyo, taking fashion photographs and filming TV commercials. He became a freelance photographer in 1970, the same year he married his wife Hiroko.

Between 1970 and 1971 he visited New York frequently, drawn by its subculture, especially the mix of art, film and music that surrounded Andy Warhol. In New York he took photos of Jimi Hendrix in the months before his death. The music and culture of London also attracted Sukita in the early Seventies, where he would meet and photograph T-Rex’s Marc Bolan. It was in London, in 1972, that Sukita met David Bowie for the first time. Before having even heard his music, Sukita saw a striking poster of David Bowie promoting a concert and felt he had to go, purely on the strength of the poster. Sukita admired Bowie’s innovative performance style and related to his cinematic influences, and secured a meeting to present his portfolio to Bowie’s former manager. This was no mean feat, considering his English was very limited. The reaction was overwhelmingly positive, and a portrait session with Bowie was arranged. This photo-shoot, in the summer of 1972, began a 40-plus-year collaboration between the two artists.

Sukita was there to welcome Bowie upon his arrival to Japan in 1973, and accompanied him on numerous subsequent visits. Over the years, between press conferences and photo shoots, Sukita and Bowie explored the cities, relaxed with friends, and attended Iggy Pop’s birthday party. The two continue to work together. In 1977 Sukita took the iconic cover shoot for Bowie’s “Heroes” album. This is perhaps Sukita’s most famous photograph of David Bowie. The “Heroes” sleeve art is now attracting renewed interest, because the cover for David Bowie’s studio album, The Next Day, takes the “Heroes” cover as its base. In all this time Sukita also famously photographed punks in London and many musicians including David Sylvian, the Yellow Magic Orchestra and T-Rex, as well continuing to work in advertising and fashion photography.

We hosted Masayoshi Sukita’s inaugural UK exhibition of David Bowie photographs from 22 March to 30 April 2013. Sukita-san’s limited editions are available to purchase in a choice of sizes.